Here is today's distich by John Owen, with an English translation by Thomas Harvey, 3:181. This is another one of those epigrams that plays upon a paradox - let things go from bad (male) to worse (peius), as the first line wishes; that is because the best things (optima) can follow on the heels of the very worst things (summis malis). As we say in English, it's always darkest just before the dawn!


TO A POOR FRIEND
Is’t bad? I would ’twere worse: for at the worst
Oft better things succeed than came at first.

The vocabulary is keyed to the DCC Latin Vocabulary list. There are three words which are not on the DCC list: 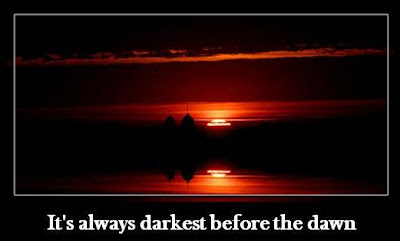