Here is today's distich by John Owen, with an English translation by Thomas Harvey, 3.15. What a great little poem to remember the meanings of tantus and talis, as represented by the masters Euclid (for quantity) and Aristotle (for quality) - both of whom can be seen in Raphael's painting of the "School of Athens" below.


OF GOD
So great thy Greatness Euclide could not show:
And such as Aristotle did not know. 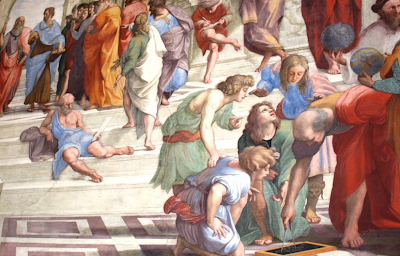