Here is today's distich by Martial, 3.39. The boy whom Lycoris loves is compared here to a minister Iliacus, a Trojan servant. The 17th-century translator here thinks that this is an allusion to Paris, the Trojan prince, who had been sent away from the city to work as a shepherd. It is more likely an allusion to the lovely boy Ganymede, a Trojan boy whom Zeus fell in love with and chose as his cup-bearer.

One-eyed Lycoris' love's more fair than heKept flocks on Ida. how the blind can see!- Anon. 1695
Here is the vocabulary: 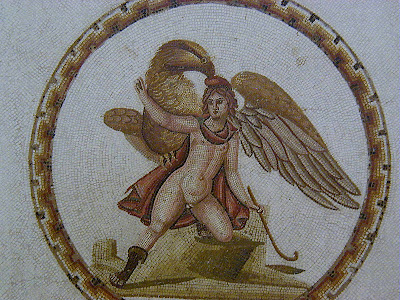