Here is today's distich by Martial, 4.50. Thais is a proverbial prostitute, the name being made famous by a courtesan named Thais who was famously acquainted with Alexander the Great. Although most of the Martial epigrams with a sexual theme are rendered in Italian in Bohn's edition, Bohn managed to find this English version which is not too naughty. Still, Martial's tone here is actually rather threatening; if the woman is going to rebuke him with being old, then he warns her that he is not too old to make her give him a blow job. 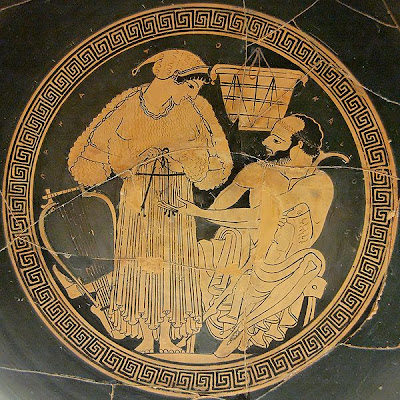 (courtesan with middle-aged client)
Posted by Laura Gibbs at 12:01 AM