Here is today's distich by Martial, 11.12. Martial is here mocking someone who does not enjoy the social benefits of having a legitimate father. Someone who was illegitimate could not be said to have a father, nor could freedmen (i.e. ex-slaves).

Though the rights of a father of even seven children be given you, Zoilus, no one can give you a mother or a father. 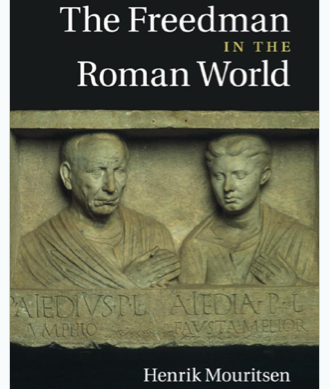 Email ThisBlogThis!Share to TwitterShare to FacebookShare to Pinterest
Labels: GPlusNo, Illustrated, Martial, noDCC
Newer Post Older Post Home
Welcome to the companion website for my latest book, Brevissima: 1001 Tiny Latin Poems. I hope you will enjoy browsing the site! Here is an INDEX PAGE with links to all 1001 poems. You can get a printed copy of the book from Lulu.com and/or you can download a complete PDF copy for free here. I'm also keeping an errata list here; if you notice anything I should add to the list, let me know.