This is my eleventh "Latin without Latin" essay. For background and a link to other essays, see this page: About the English Essays. This little poem comes from Disticha de Educatione of Urbano Appendini, published in 1834; you can see the whole book at Google Books. This particular poem comes from the section concerning the social graces, de educatione sociali.

Vis. This is from the Latin verb velle, meaning to want or wish (the same root as in the English word voluntary). It is the second-person singular form, so it means you want or you wish. So, we are on the lookout for an infinitive or other construction that can explain just what is wanted.

sapiéntia. This is the Latin word that means wisdom (compare the adjective sapiens, wise, as in homo sapiens, the wise human). So, this gives us the first half of the line, in the form of a question: Vis tua laudétur sapiéntia? Do you want your wisdom to be praised? Notice that the word wisdom has an emphatic position at the end of the sentence; that style of word order is hard to convey in English.

Now let's see what the second half of the line offers.

Saepe. This is the Latin adverb meaning often.

tacébis. This is from the Latin verb tacere, to be quiet, be silent. It is second-person singular, future tense: you will be silent.

So, the second half of the line answers the question answered in the first half: Vis tua laudétur sapiéntia? Do you want your wisdom to be praised? Saepe tacébis, then you will often keep quiet. The idea is that if you can just manage to keep silent, people will take your silence for wisdom!

Stultítia. This is the Latin word that means foolishness, stupidity (compare the English word stultify). So, this second question begins with a word, stultítia, that is the opposite of the word in the first question, sapiéntia.

ut. This is a word that means so or so that. It is commonly used to introduce a subjunctive verb. In fact, if the poet had wanted to include it in the first line, he could have done so: vis (ut) tua laudétur sapiéntia? It's a coordinating word that is easily omitted if it doesn't fit the meter. So we're on the lookout for a similar construction in this line - we need a verb in the subjunctive mood, just like we had before.

láteat. This is from the Latin verb lateo, to hide, stay hidden, lurk (compare the English word latent). It is third person singular, active this time, and this is just the subjunctive verb we were looking for. Now you can probably even guess what the next word will be!

vis. Here is vis again, just as expected. So we have a question again in this line, just as in the first line: Stultítia ut láteat vis? Do you want foolishness to stay hidden? Ah, but whose foolishness?

So, as in the first line, the second line opens with a question: Stultítia ut láteat vis tua? Do you want your foolishness to stay hidden? Notice again the elegant word order: in the first question the key word, sapiéntia, wisdom, came in last place; in this question, stultítia, wisdom's opposite, is in first place. (The first place and the last place are the most emphatic positions in a Latin sentence.)

Now we are ready for the second half of the line, telling us what we need to do to keep our stupidity hidden. Can you guess the answer?

Saepe. This is the adverb we saw before: often.

tace. This is from the verb we saw before: tacere, to be silent. This time it is an imperative: tace, be silent! So, if you want for your foolishness to remain hidden, stultítia ut láteat vis tua, then keep your silence often: saepe tace!

So, even though sapiéntia and stultítia are opposites, you can use the same strategy to manage them both: tacére, being silent.

You might know the English saying, "Better to keep your mouth closed and be thought a fool than to open it and remove all doubt." This Latin poem is even more optimistic: if you keep silent, you can actually be thought to be wise, in addition to keeping a lid on your foolishness!

So here it is again; see if you can put it all together:

Of course, by publishing all these things in my blog, I am going against the advice of this little poem, ha ha - but then if I kept silent, I wouldn't be able to share these little poems with you. Meanwhile, I hope you enjoyed this one, and as I add new English essays, you will be able to find those in the English stream at the blog. The next essay is about bad luck and good luck: Adversis Succumbens. 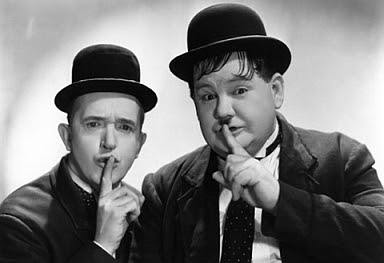 Email ThisBlogThis!Share to TwitterShare to FacebookShare to Pinterest
Labels: Appendini, English, GPlusNo, Illustrated, Latin Without Latin, noDCC
Newer Post Older Post Home
Welcome to the companion website for my latest book, Brevissima: 1001 Tiny Latin Poems. I hope you will enjoy browsing the site! Here is an INDEX PAGE with links to all 1001 poems. You can get a printed copy of the book from Lulu.com and/or you can download a complete PDF copy for free here. I'm also keeping an errata list here; if you notice anything I should add to the list, let me know.