This is my thirty-third "Latin without Latin" essay. For background and a link to other essays, see this page: About the English Essays. After yesterday's love emblem, I thought I would do some distichs on the topic of love - an ever-popular topic with the poets. I've started the "love series" with a poem by John Owen, and it features only adjectives and nouns, expressing in these noun phrases the paradoxical condition of the lover. The title is simply: Amator, The Lover.

Here is what the phrases mean:

Spes. This is the Latin word for hope. From the corresponding verb in Latin, sperare, meaning to hope, we get the English word desperation, which refers to losing hope, de-speration.

incérta. This is from the Latin adjective incertus, meaning uncertain, not sure. The form is feminine and agrees with the noun spes, hope: spes incérta, hope that is uncertain.

timor. This is is the Latin word for fear (compare the English words timorous and timid).

constans. This Latin adjective means firm, fixed, constant, and it agrees with the noun timor, fear: timor constans, fear that is constant. So, while the lover's hope may be unsteady, the lover's sense of fear is constant!

fugitíva. This is from the Latin adjective fugitívus, meaning fleeting, fleeing, fugitive. This time, the adjective precedes the noun, so we need to wait and see what the noun will be.

volúptas. This is the Latin word for pleasure, delight (compare the English word voluptuous). Combine it with the adjective and you get fugitíva volúptas, fleeting pleasure.

So, the first line is quite grim: there is hope, but it is uncertain, spes incérta; meanwhile, there is constant fear, timor constans, and what pleasure there is quickly disappears: fugitíva volúptas.

Gaúdia. This is from the Latin noun gaudium, meaning gladness, joy; the form is plural, gaudia, meaning joys (this Latin word, via Old French joie, is the origin of the English word joy).

dolor. This is the Latin word for pain, sorrow (compare the English word dolorous; via Maria de los Dolores, "Mary of the Sorrows," it is the origin of the name Dolores).

dulcis. This is the Latin adjective that means sweet (as in the English word dulcet; compare also French billet doux, literally sweet notes). It agrees with dolor, creating another paradoxical noun phrase: dolor dulcis, pain that is sweet. Note also the sound play with dol-dul in dolor and dulcis.

amárus. This is the Latin adjective that means bitter (compare the Italian liqueur amaretto which is made from bitter almonds, mandorla amara in Italian).

amor. This is the Latin word for love; appropriately, it is the last word of the poem. We have one more paradoxical noun phrase here, with sound-play once again: amárus amor, bitter love.

So, put it all together and you have a picture of love that is both sweet and bitter indeed, dulcis et amarus:

Here is an English verse rendering by Thomas Harvey; he has to work pretty hard to get at the rhyme in English, but he manages to come up with one (Owen uses classical Latin meter which is based on word quantities, not rhyme):

For more of Owen's poems in Latin, you can visit the Owen stream in my Latin distichs blog. Here is the blog post for this specific poem. As I add new English essays, you will be able to find those in the English stream at the blog. The next essay is also about a John Owen poem: Epistola Amatoria. 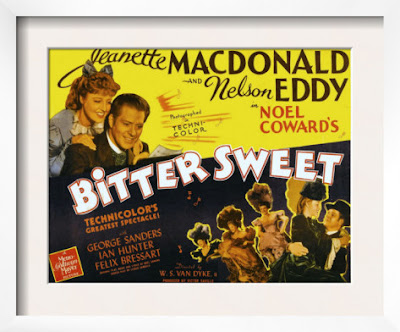