This is my forty-seventh "Latin without Latin" essay. For background and a link to other essays, see this page: About the English Essays. I chose today's poem (from Anton Moker's Decalogus metricus et paraenetica disticha, published in 1573) in honor of Father's Day. To get ready, just ponder the English proverb "Like father, like son." Here is Moker's poem, which explores that same idea, along with some variations:

Est herus. Here we have the Latin word for master, herus, along with est, is, from the verb esse, to be (compare the English word essential). So, we have the beginning of a sentence: Est herus… The master is… something. We need to keep reading.

ut servus. The Latin word ut means as, just as, so; servus is the word for a servant or slave (compare the English word servile). That gives us a complete statement: Est herus ut servus, The master is as his servant. Or, for our more modern society: like boss, like employee. If you see good-natured employees, there is probably a good-natured boss in charge - but if you see bad-natured employees, there is probably a bad-natured boss in charge.

séquitur. To start off our next statement we have a form of the Latin verb sequi, to follow; the form is third-person singular: séquitur, he/she/it follows (compare the use in English of the Latin phrase, non sequitur; literally. it doesn't follow).

quoque. This Latin word means also. So, the statement we have here is one that matches the meaning of the first sentence.

fília. This is the Latin word for daughter (while the word for son is fílius; compare the English word filial). The form is nominative, so she is the subject of the verb: séquitur quoque fília, the daughter also follows… what? We need an object for the verb.

matrem. This is from the Latin word mater, meaning mother (compare the use of the Latin phrase alma mater in English). The form matrem is accusative, giving us the object of the verb: séquitur quoque fília matrem, the daughter also follows her mother.

The word quoque, also, provides the link between the two parts of this first line: Est herus ut servus, The master is as his servant; séquitur quoque fília matrem; the daughter also follows her mother. The second line explores this same idea in terms of father and son:

Ut pater est. Here we have the Latin word for father, pater (compare the English word paternal), along with ut and est, words we saw in the first line: Ut pater est, As the father is...

talis fílius. Here we have fílius, the word for son, and the adjective talis, meaning such. The forms are nominative, so we are looking for a verb with fílius as the subject.

On that note: Happy Father's Day to all you dads out there! For more poems by Moker, see the Moker stream at the blog, and here is a link to the post for this particular poem. As I add more English essays like this one, you will be able to find them in the English stream of the blog likewise. The next poem is about harvests, literal or metaphorical: De Parvis. 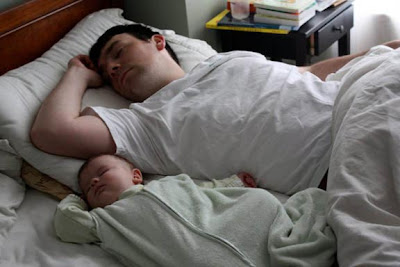 Email ThisBlogThis!Share to TwitterShare to FacebookShare to Pinterest
Labels: English, GPlusNo, Illustrated, Latin Without Latin, Moker
Newer Post Older Post Home
Welcome to the companion website for my latest book, Brevissima: 1001 Tiny Latin Poems. I hope you will enjoy browsing the site! Here is an INDEX PAGE with links to all 1001 poems. You can get a printed copy of the book from Lulu.com and/or you can download a complete PDF copy for free here. I'm also keeping an errata list here; if you notice anything I should add to the list, let me know.