Here is today's distich by John Owen, with an English translation by Thomas Harvey, 1:36. This epigram depends on the concession of licet: even though every action hurries along to its conclusion, there are two exceptions to that rule - life and love, here personified by the goddess Venus.


OF LIFE AND LOVE
Though ev’ry Action unt’ Its End doth tend,
Yet Life and Love abominate their End. 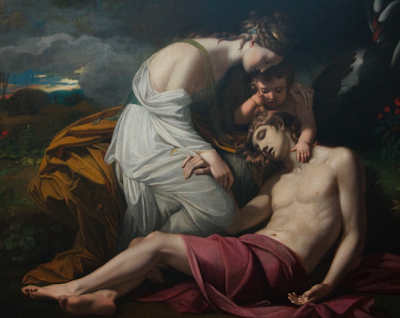