This is my eighth "Latin without Latin" essay. For background and a link to other essays, see this page: About the English Essays. This essay is about a poem by Michele Verinus who was a well-known poet and child prodigy in his day but who is now largely forgotten (he was born c. 1469 and died at a very young age, c. 1487). His distichs tend to be of a moralizing variety, often with a proverbial saying or bit of advice as the title, as is the case in this poem:

Let's start with the title.

Ne. This Latin word means not or do not. It is used to introduce negative commands, so Verinus is going to give us a negative bit of advice: don't do something! Let's find out what.

Simus. This is from the Latin verb esse, to be. It is the first-person plural form, present subjunctive - we should be or let us be. Or, with the ne, we have ne simus, we should not be ... what? We need to read on.

Loquáces. This is from the Latin word loquax, meaning talkative, chatty (compare the English word loquacious). It is the plural form, which is what we would expect: Ne Simus Loquáces, we should not be talkative.

So, Verinus has used the title to give us a piece of advice. Now we can read the poem itself.

Vis. This is from the Latin verb velle, meaning to want or wish (the same root as in the English word voluntary). It is the second-person singular form, so it means you want or you wish. It usually takes a complementary infinitive - wanting to do something or wishing to do something, so we're on the lookout for an infinitive.

sápiens. This is the Latin word that means wise, knowing (yes, as in the name homo sapiens - if only it were true for all members of the species!). Meanwhile, we're still waiting for our infinitive.

dici. This is from the Latin verb dicere, to say. It is the passive infinitive: to be said. So, we now have a complete statement in the form of a question: Vis sápiens dici? Do you want to be said (to be) wise? Do you want to be called wise? Presumably Verinus will now dispense some advice on how we can get a reputation for being wise.

Raro. This is an adverb in Latin, rarely.

et. This Latin word means and.

meditáta. This is from the Latin word meditatus, which means something you have considered, pondered, meditated upon. Now we just need a verb to help us put this all together.

loquáre. This is from the Latin verb loqui, to speak (the same root as in the adjective loquax). It is second-person singular subjunctive, so it means something like "you should speak" or simply "speak!" So, put that together with our adverb and our noun: raro (loquáre) et meditáta loquáre - speak rarely and speak things you have pondered, i.e. think before you speak. It's a bit awkward to combine an adverb and an object with "and" in English, but it's no problem at all in Latin.

So, now you have the first line of the poem, which expresses a complete idea of its own: Vis sápiens dici? Do you wish to be called wise? Raro et meditáta loquáre. You should speak rarely, and think before you speak. The title gave us a negative command (ne simus), but now we've been given some positive advice, too!

Let's see what the second line contributes to this good advice.

Saepe. This is a Latin adverb meaning often.

loquax. We have seen this adjective before; here it is being used as a noun: a talkative person, a talkative man. It is in the nominative case, so it will be the subject of the verb.

verbis. This is from the Latin word verbum (as in the English words verb, verbose, etc.). Here it is the dative or ablative plural. We'll have to wait to find out which.

próditur. This is from the Latin verb, prodere, meaning to reveal, uncover, betray. It is third-person singular, passive: is revealed, is betrayed. So, now we have a complete statement that puts together all we have seen so far in this line: Saepe loquax verbis próditur, Often the talkative man by words is betrayed.

ipse. This is a wonderful little Latin word that provides extra emphasis to a noun, something like saying "he himself" in English. Here it emphasizes that talkative man: Saepe loquax verbis próditur ipse, Often the talkative man is himself betrayed by words.

suis. This is from the Latin word suus, a reflexive possessive pronoun that refers back to the subject of the verb. It is the ablative plural, agreeing with verbis: the chatty man is betrayed by verbis suis, his own words.

So now we have the second line of the poem: Saepe loquax verbis próditur ipse suis, Often, saepe, the talkative man is himself betrayed, loquax proditur ipse, by his own words, verbis suis. Notice the elegant way that in the Latin the emphatic words ipse and suis are delayed until the end of the line, something that is sadly impossible in English with its strict rules of word order.

Put it all together and you have a complete package of advice from Verinus - a negative command (Ne Simus Loquáces!), a question about what you want (Vis sápiens dici?), a positive command (Raro et meditáta loquáre!), and an explanation of what happens to people who don't follow this good advice (Saepe loquax verbis próditur ipse suis).

Here it is again:

For more of the poems of Verinus in Latin, you can visit the Verinus stream in my Latin distichs blog. As I add new English essays, you will be able to find those in the English stream at the blog. The next essay is about a bird, the swan, which is anything but talkative: Cycnus. 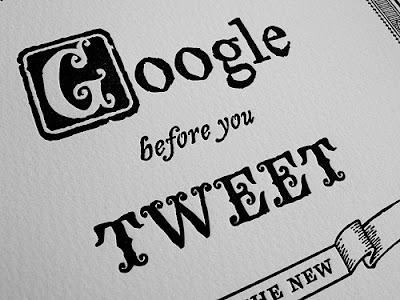 Email ThisBlogThis!Share to TwitterShare to FacebookShare to Pinterest
Labels: English, GPlusNo, Illustrated, Latin Without Latin, noDCC, Verinus
Newer Post Older Post Home
Welcome to the companion website for my latest book, Brevissima: 1001 Tiny Latin Poems. I hope you will enjoy browsing the site! Here is an INDEX PAGE with links to all 1001 poems. You can get a printed copy of the book from Lulu.com and/or you can download a complete PDF copy for free here. I'm also keeping an errata list here; if you notice anything I should add to the list, let me know.