This is my twenty-eighth "Latin without Latin" essay. For background and a link to other essays, see this page: About the English Essays. I thought I would follow up on yesterday's essay about rich people and poor people with a poem about King Croesus of Lydia and Irus, a beggar made famous by Homer's poem, The Odyssey (Irus lived in Ithaca, Odysseus' homeland). Croesus is a proverbial emblem of wealth and riches, while Irus is a proverbial emblem of poverty. In this elegant little poem, John Owen compares the ultimate fate of Croesus and that of Irus:

Here's how it works:

exíguum. This is from the Latin adjective exiguus, meaning small, paltry (compare the English word exiguous). The form could be nominative or accusative, and the gender could be masculine or neuter - we will have to read more to see how this will all fit together. Since dives and exiguus are opposites in meaning, the poem has a paradoxical quality already in the first two words!

est. This is from the Latin verb esse, meaning to be (compare the English word essential). The form is third-person singular, present tense: est, it is. We are still waiting to see how this all fits together!

Croesi. This is from the Latin name Croesus; the form is genitive singular, agreeing with dívitis, so we have a complete phrase: dívitis Croesi, wealthy Croesus. Croesus was the king of Lydia, and proverbial for his enormous wealth. You can read more about Croesus in this Wikipedia article.

discrímen. This is a Latin noun that means division, difference (compare the English word discimination). The word is neuter, agreeing with exíguum, so now we have a complete statement: exíguum est discrímen, the difference is small. We've already got one part of the comparison, dívitis Croesi, wealthy Croesus - so now we just need the other half of the comparison.

Now this is already paradoxical - you would think there is a HUGE difference betweens someone as wealthy as King Croesus and a poor beggar like Irus, right? But the poet is about to explain just what the difference is and why it is a small difference indeed:

hic. This is a Latin pronominal adjective, meaning this one, he. It refers to the closer noun, so that would be Irus, the person whom the poet just mentioned. The case is nominative, so we know that Irus will be the subject of the verb.

túmulum. This is from the Latin noun túmulus meaning a mound of earth or a tomb (in the sense of a mound or swelling, compare the English word tumor). The case is accusative, so that gives us the object of our verb - but we are still waiting on the verb.

non habet. This is from the Latin verb habere, to have; the Latin word non means not. So, we have a complete statement: he (that is Irus) does not have a tomb, túmulum non habet.

alter habet. Here we have the Latin adjective alter meaning another, the other (compare the English verb alter or the noun alteration). So, hic refers to Irus, and the other, alter, is Croesus: Irus does not have a tomb, hic túmulum non habet, but Croesus does have one: alter habet.

So, that's it: in life, the rich man and poor man are very different from one another but, after death, there is little difference at all between them - the rich man has a tomb, yes, but that's the only difference there is!

Below is an English verse rendering by Thomas Harvey; I think he did a pretty good job, given how hard it is for English to keep up with intricacies of Latin word order. As an English poet, Harvey uses rhyme, while Owen is using the classical Latin elegiac meter.

Croesus and Irus thus are different:
Both dead, that hath, this hath no Monument.

For more of Owen's poems in Latin, you can visit the Owen stream in my Latin distichs blog. Here is the blog post for this specific poem. As I add new English essays, you will be able to find those in the English stream at the blog. The next essay is about the four seasons: Partes Anni. 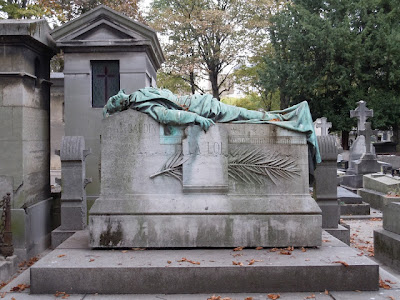